“Love to see stories like this. Where a kid comes from nowhere and becomes a star”. There is no better presentation for Buddy Hield than Dick Vitale’s words. According to SB Nation, he is “the closest thing to Stephen Curry in college basketball”. To get to know Buddy, though, you have to start from “nowhere”. This is the kid that became a star.

His story begins in Eight Mile Rock, a small village outside Nassau, Bahamas capital, a place not known for its beautiful landscapes and tourism but rather for its hard life, a place where kids are lucky to get a job as plumbers or laborers (Buddy’s words) and much more likely to end up dealing drugs. Jackie Swann, single mother of seven who works three jobs to support her family, is well aware of the risks and she forbids her sons to hang out at the park or at the street court. The fifth of her seven sons is called Chavano Rainer Hield and he spends his days watching NBA games on TV, makingKobe Bryant his idol and developing a real passion for the game. 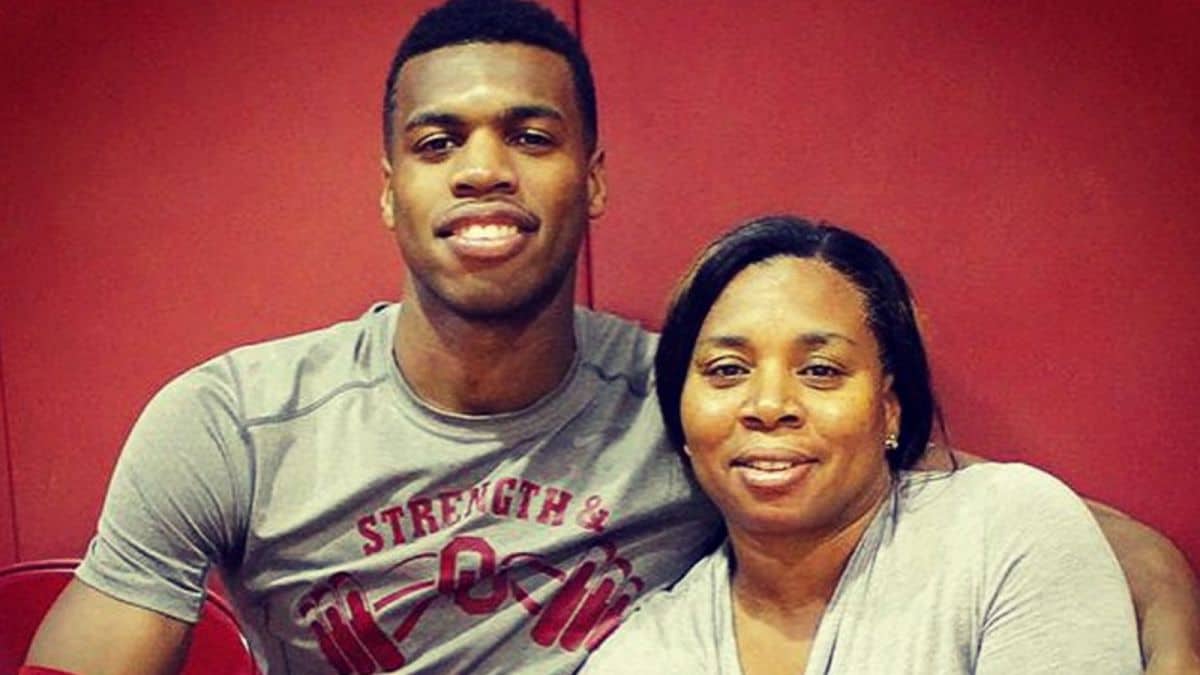 The other can’t-miss TV show in his house is Married… with children. Jackie Swann favourite character from the show is Bud Bundy, and she nicknames Chavano “Bud” after him. Unfortunately, Bud is also the nickname of a local pusher, so she tweaks it into Buddy, and from that day on Chavano will be Buddy. But Buddy’s gratitude for his mother has very deep roots. “I learned a lot from my mother, my mother is like a mother and a father to us. My mom was in my life the whole time. I always listened to her. She taught me right from wrong. She mentored me and the other kids. To be honest, she always scared us not to do bad things”.

Basketball becomes the main goal in little Buddy’s life, his motivation, following the example of the only two other Bahamian NBA players, Mychal Thompson(Klay’s father) and Rick Fox. And since he is forbidden to hang out at the street court, he builds a basket using milk crates and tries to emulate his idols outside the back of his house until late at night. When the neighbours become vocal about the noise, he is given the keys of the gym at the Alba Academy, the school where he studies and plays and where he can stay until late even after team workouts without any risk of upsetting the neighbours. His work ethic and constant desire to improve will be the trademarks of his entire career. Buddy stands out among his teammates not only for his talent but also for his amiability: he keeps a smile on his face, always ready to crack a few jokes, loving reggae music so much that he plays it in the gym during his sessions alone. It’s Hield Bahamian Swagger, herald of good feelings wherever he goes.

Kyle Lindsted, coach of the Sunrise Christian Academy, is attending the annual camp for the best Bahamian prospects in the summer of 2010. Among all players, he sees a 16-year-old dominating the game despite wearing shoes that have seen a lot of use. But what surprises coach Lindsted most is the kid’s leadership, the positive influence he has on teammates, a feeling that everybody likes him, wants to play with him, a smiling winner with a deadly killer instinct. 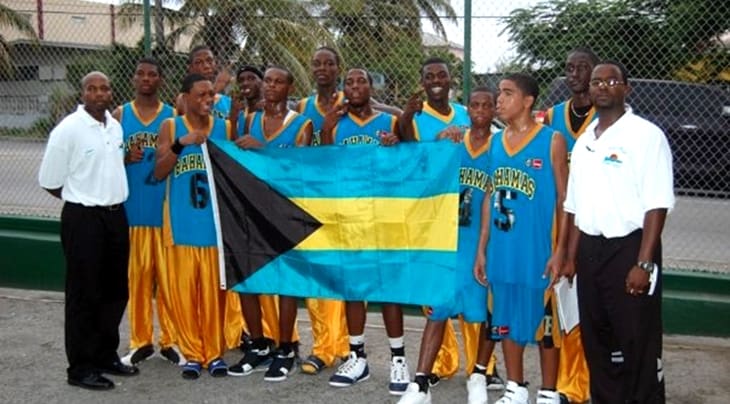 After all, Buddy is sure that “smiling and laughing makes you a better person” and that he has  to “help people smile and crack a few jokes so then they can have a good day”. A few words with Buddy are enough to convince him to move toWichita, Kansas,  and play for coach Lindsted. The ultimate goal is to make his dream of playing professional basketball come true. The first impact with life in an American High School is not easy. He is missing everything he left in Eight Mile Rock: his mom and her food, his family, his friends. His longing for home has a heavy toll on his new life and he closes himself off, focusing on his workouts. The kid always smiling and always surrounded by friends was not himself anymore. The summer between his junior and senior year is the pivotal point of his career. He comes back to school with an extra 45 pounds of muscles after training with his father-in-law Richard Bryanen. He also brought back to school a raging fire to compete, according to coach Lindsted Buddy is so competitive he hates to lose in trivia games as much as he hates to lose on the court”. 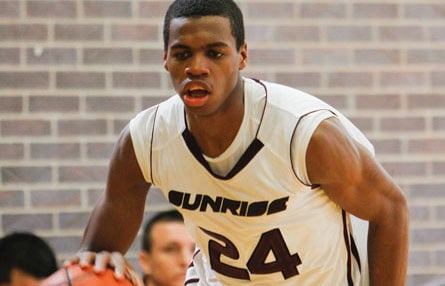 It will be a turnaround season, averaging 22.7 points in 21 minutes, a consequence of his shooting drills until late at night. His game and leadership skills get the attention of many colleges, and of course first among them Kansas University, projecting him as a rotation player. However, among the many scouts present that day in 2010 in Nassau there wasOklahoma University assistant coach Chris Crutchfield, who never stopped monitoring the improvement of the young kid and convinces coach Lon Kruger to offer him a scholarship and a central role in the Sooners line-up. It is already obvious that Buddy is not the kind of player that comes off the bench, and he jumps at the opportunity to have a primary role in Oklahoma.

January of 2016, a couple of hours before the usual Sooners’ workout at the Lloyd Noble Center. There is a player on the court going through shooting drills, three-point shots, mid-range jumpers, layups. He puts up 500 shots per session and he swears he has a record of 49 consecutive made three-pointers. He is living the best season of his career, averaging 25 points per game and and proving capable of spectacular performances like the 46 points in 54 minutes against Kansas on January 4th, where he received a standing ovation from the entire Allen Field House. The Buddy effect works on opponents fan as well. 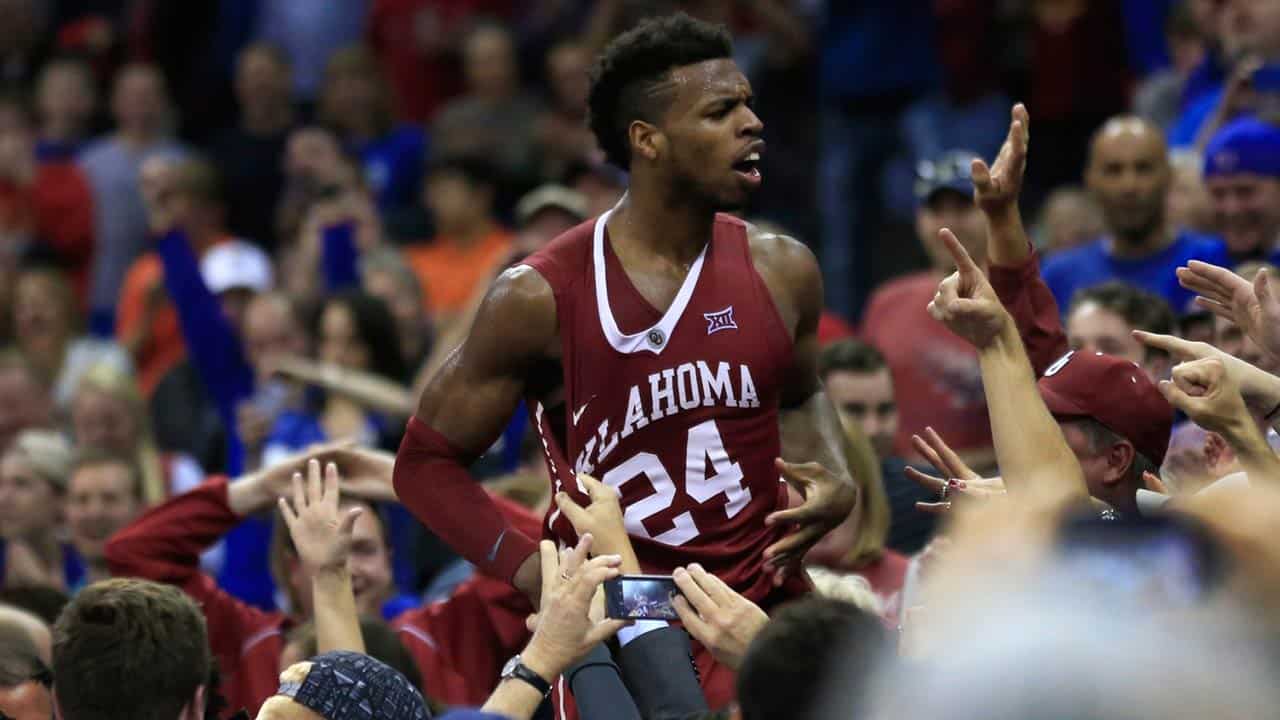 Yet, when he joins coach Kruger’s team he is known to be a slasher going straight at the rim. After his first season he asks the coach how to improve his game in order to reach the NBA. He works on his shooting efficiency both from the three-point line and on mid-range shots and he closes his sophomore year with more makes from behind the line than inside. He is a competitor, he sees everything as a personal challenge. He wins the Big 12 Player of the Year in his Junior season (before repeating this season) but the Sooners lose in the Sweet 16against Michigan State. Saying Buddy was disappointed is a huge understatement. He promises his mother and coach he will be back for his senior year, despite being guaranteed a call in the draft.

“Yeah, my goal is still to come back and win a national championship”, he says. He spends his summer working on his ball-handling, decision-making and leadership on the court, believing that scouts will favour those abilities the most. It is impossible to tell if he will keep his promise, he will certainly do everything he possibly can to win that championship on April 4th. One way or the other, Oklahoma is already experiencing the Buddy effect in full force: before his arrival, the Sooners had three consecutive losing seasons and it was hard to see many fans in attendance at the Lloyd Noble Center. Now Oklahoma University has four consecutive winning season and the student section has always been packed. Yet, even now that he is considered a college star and a hero at home, his attitude did not change, he is still a happy-go-lucky kid from Bahamas calling coach KrugerDaddy-o. The kid who turned nowhere in Eight Mile Rock, Buddy Hield’s birthplace.